Tom and Saar’s wedding will go down in our memory as a wedding that was so well planned and so classy, and yet preserved the lightness and all the fun. They invested so much time and effort, down to the small details, the design, the most accurate choices for the bride’s wedding dress and the groom’s outfit, and many more hours of work.That, along with their amazing personalities, just generated a fantastic atmosphere.

We met Tom during her preparations at the Nordoy hotel in Tel Aviv, indeed one of our favorite venues with its eclectic design, and yet a neat and minimalistic appearance. Ziv Amsallem and Naor Appel, the make-up and hair designers, did an awesome job, and once Tom was ready, in her wedding dress – designed by the talented Vivi Bellaish – she just was one of the most amazing brides we’ve seen. Saar of course was not lagging behind, with his turquoise green suit, which brought his most handsome self to the fore.

They decided to do the couple’s photo shooting in “comfy” locations, places that didn’t require long drives and would not trouble the couple too much – so the Nordoy Hotel it was, along with some shots taken on Tel Aviv’s emblematic Nahalat Binyamin, as well as the Tel Aviv Port, where their wedding took place, at the infamous “Trask” venue. For us, the shooting session felt like a fun ramble through the streets, with short stops at particularly pretty spots, for some more shots.

The venue’s décor was inspired by the French style, with a color palette of black, bordeau, and gold. That made for a very special ambient, which was perfectly fitting this time of the year – the winter. It was a stunning day, luckily without any rain. But it was pretty cold, so the official ceremony was held indoors, at the venue, which only added warmth and cosiness to that special moment. As soon as they broke the glass, everyone made their way to the dancing floor, which was just next to the Chuppa, where a crazy party, with great energies and amazing people, went on into the night – and of course we joined them and had a blast.

lian & amir Lian and Amir’s wedding story is one of the most unique and interesting stories we ran into. When they reached out to us to shoot their planned wedding in L.A., where they live. As they advanced with the wedding planning, they realized they want a...

PHOTOS OF THE YEAR 2018 At the end of every year, we go over all those moments, snapshots, emotions and celebrations that we created together with our couples. It always gives us a refreshing perspective on what we did over the past year. For us, it is a real learning... 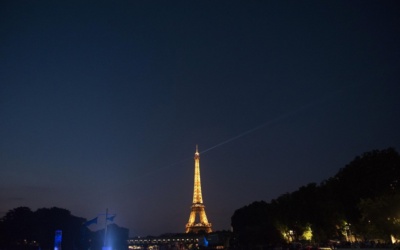 adeola & olivier Paris, what an amazing city! Every visit we make, we fall in love with it again, and especially this time when we had the chance to photograph a very unique and special wedding! Adeola and Olivier, a charming French-African-Caribbean couple,...

Mark & RobertWhen thinking of an exceptionally emotional wedding that we had the privilege of photographing – Mark & Robert’s wedding directly comes to mind. Both, originally from Los Angeles, randomly met on a trip to the Dead Sea area. After 5 years...